← more from
Meta Records
Get fresh music recommendations delivered to your inbox every Friday. 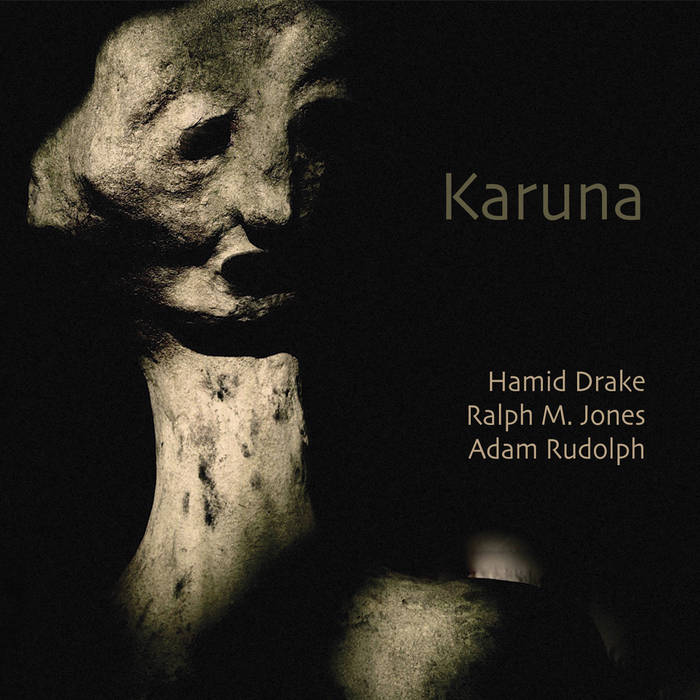 The special history that makes Karuna's music magic is the story of decades of shared experience.

Hamid and Adam first met in 1969, in a downtown Chicago drum shop when they were 14 years old. They began to study and listen to music together and by 1972 were performing regularly with the great Baba Fred Anderson. In 1978 Don Cherry invited Adam and Hamid to Europe to perform there for their first time. They lived and studied in Don’s farmhouse in the Swedish countryside before embarking on a concert tour. This marked the beginning of years of performing with Don, who became a central figure in their musical development as he generously transmitted so much of his creative wisdom. Hamid and Adam also toured together with Yusef Lateef, Pharaoh Sanders, Hassan Hakmoun, Hu: Vibrational, Mandingo Griot Society, and the Moving Pictures groups.

These experiences, along with their shared Chicago roots, and love for rhythms and musics from around the world gives them a deep musical rapport and understanding. Regarding their creative outlook as drummers, Hamid says, “I have been developing a hand drum concept on the drum set while Adam is developing a drum set concept on his hand drums. When we play it is easy and natural: we ‘hear’ and understand one another.”

Adam and Ralph met at the 1974 Ann Arbor Blues and Jazz Festival where they performed together in groups led by Kenny Cox and Charles Moore. These two important Detroit artists became mentors to them both, sharing knowledge and the fruitfulness of lifelong studiousness in music. In 1980 Ralph and Adam, along with Charles Moore, co-founded the Eternal Wind quartet which Adam remembers as “an ongoing research and development music laboratory.”

Their continued journey has seen them performing and recording with the Moving Pictures group from 1991 to the present day, and as the Yèyí duet since 2010. In 1988 they started performing and recording with Yusef Lateef and continued to work with him until to his passing in 2013. In a deep manifestation of the oral tradition, Yusef was a mentor who, over time, became a dear friend. Yusef often said: “The tradition is to sound like yourself” and urged them to “play your aboriginalness”. This recording is a manifestation of their understanding of those ideas. As Ralph states “We are so grateful for the deep knowledge and spirit Brother Yusef Lateef transmitted to us.”

In 1997, these three artists started to perform and record together in the Moving Pictures ensemble, and it was immediately clear that there was a special chemistry at play. Together they have researched into the science and mysticism of sound, as well as the cosmologies which are expressed through music making around the world. Through years of performing together they have developed a true alchemy and a unique sonic language. Understanding one other in both the intellectual and intuitive creative realms means that they have the freedom create spontaneously within their shared space. As Adam explains: “The idea behind making this recording was simple: to listen, be present and, through the voices of our instruments, share our imagination, feelings and ideas.”

Dedicated to our dear families: Those here, those gone, and those still to come

Bandcamp Daily  your guide to the world of Bandcamp